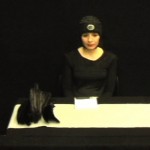 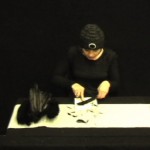 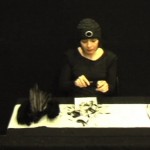 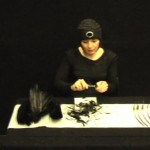 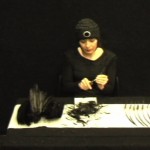 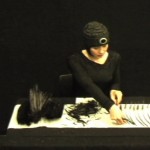 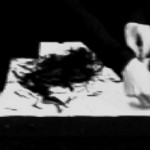 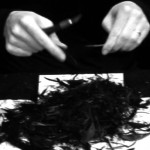 In performance the poem is delivered live in relation to the projected film of a woman making quills. The soundtrack of the film (the sound of quills being cut with knife) is set at a level to produce a level of noise that interferes with the delivery of the text by the performer.

Extracts from and introduction to  a newe booke of copies 2009-10 as published in Infinite Difference: Other Poetries by UK Women Poets. Ed. C. Etter. Shearsman, 2010.

See a review of the selection of this text by Justin Katko (2010).