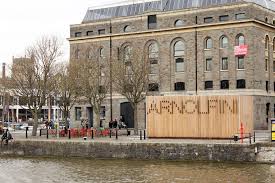 ‘Proposals For Landscapes: and other mutual antipathies’
This talk will offer a series of proposals For landscapes, a recalibration of the optics for a poetics of the conceptual. This reading will explore these possibilities across multiple registers of the material and linguistic possibilities of felt-thought. It will assert a space for itself between the symptomatic dismissal by the visual arts of poetry as ‘literary costume’ and the more recent neglectful mis-readings of conceptual art by writing at the expense of the conceptual histories of the lyric genre. 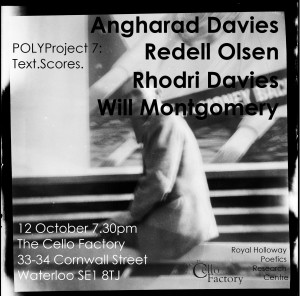 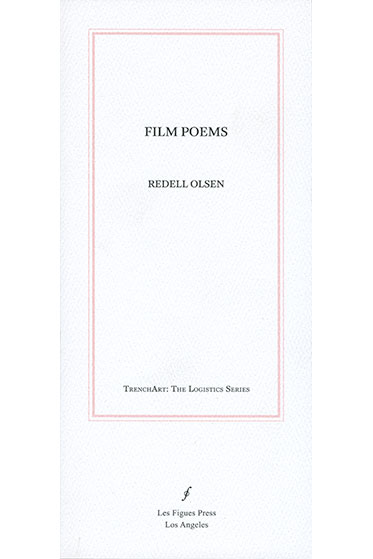 Also published alongside the essay ‘To Quill At Film’ , published by Les Figues.

Reviews of ‘Film Poems’ by Erik Noonan and Rob Mclennan at The Small Press Book Review. 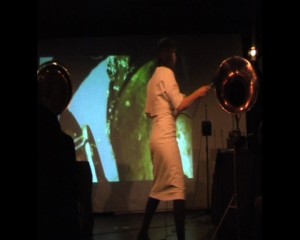 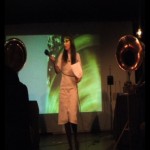 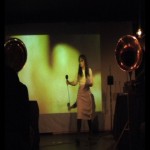 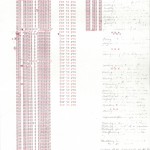 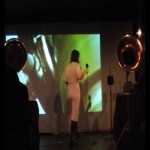 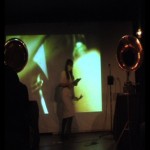 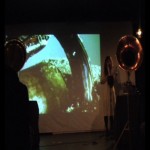 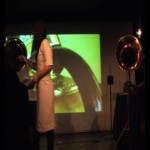 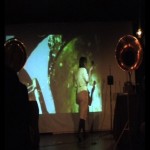 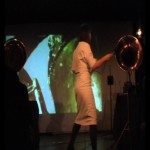 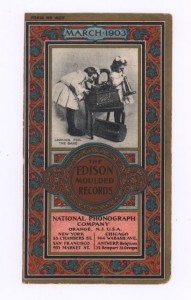 Live event on 30 August 2013 in Brighton, UK at the Nightingale Theatre…

Featuring Redell Olsen, Holly Pester and Jeff Hilson – plus some other phonographic treats, including poems from the Mass Observation Archive and Aleksander Kolkowski whose archive Phonographies includes many contemporary musicians and sound artists, all recorded on wax cylinder to haunting effect. 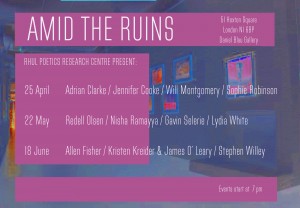